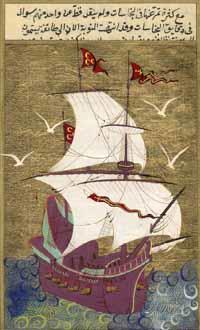 European contacts with the East in the early modern era present us with the unique possibility to study the complexity of intercultural encounter. Unlike the New World, Eastern empires did not only enjoy a rich cultural heritage but also represented strong military and economic powers. The Ottoman Empire in particular was a major player in the globalising early modern world: it dominated trade between East and West, controlled the Mediterranean Sea, and posed a very real threat to Christian Europe both in terms of military strength and religious influence. Yet in these cultural encounters, the very concepts of 'East' and 'West' dissolve under scrutiny, and the assumption of a binary opposition gives way to the recognition of an intricate web of relations. A late-comer on the stage of international trade and isolated by Catholic European powers, the English in particular were keen on establishing direct relationships with the Ottomans and even envisioned a military alliance against the Catholic powers, and especially Spain, while simultaneously vilifying the Ottomans as infidel threat to Christianity.
The conference proposes to study the complex network of Anglo-Ottoman relations ranging from the rejection of the allegedly infidel other to the courting of a trade partner and a potential ally. It will focus on the performative strategies employed in negotiating national, religious and gender identities within the space opened up by cultural contact. Contributions from the fields of literary and cultural studies, history of music, art history, and other areas of the humanities will offer insights into both earlier and later exchanges as well as situate Anglo-Ottoman encounters in the wider context of European encounters with the Ottomans.

For a detailed program of the conference see here.