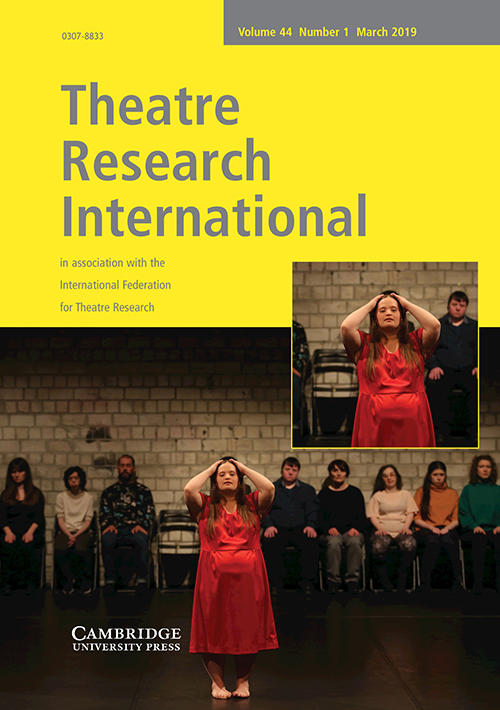 Ankush Gupta, former Doctoral Candidate at the IRC, was able to publish an article on his research topic in the current issue of Theatre Research International. In his article, Gupta discusses the Hijra community from South Asia, and examines their rituals and performance culture to argue that there is a multiplicity of expressions for gender identities in South Asia, and they have been performed in a variety of ways, in a variety of spaces beyond the political rhetoric of the West. The paper also tries to discuss questions and difficulties around situating these cultures within an already established concept and the possible negotiations that would be needed for such an effort to even be imagined.

Composer, poet, writer, performer, theatre director and filmmaker, Ankush Gupta is a founding ex-member of Dhanak, a queer group from Jawaharlal Nehru University, New Delhi, which has been networking with other queer organisations to intensify the movement towards queer rights in India for legal and social acceptance, and now works in a personal capacity to discuss the problems with the ideologies of such groups. He is also a founding member of the Theatre and Performance Studies Forum. A musician by training, he has composed music for around fifty productions since 2006 and is a founding member of and composer for Pare-llal Productions, an experimental music group that works with aleatory techniques and the intermingling of multiple styles in an organic way. Their work for the award-winning documentary ‘My Sacred Glass Bowl’ aimed at creating a debate around ‘virginity’ and the discourse on gender. He is interested in questions of gender and performance. His work with the street children from Salaam Baalak Trust led to two pioneer performances which have dealt with therapeutic processes and participant catharsis in ‘Sankat City’ (an adaptation of Andher Nagri by Bhartendu Harishchandra, 2013) and ‘A mind not Normal’ (an original, experimental performance written and performed by special children, 2014), the latter of which was performed during the International Conference organised by the Neurology Society of India. He is working with marginalised communities within the queer movement.