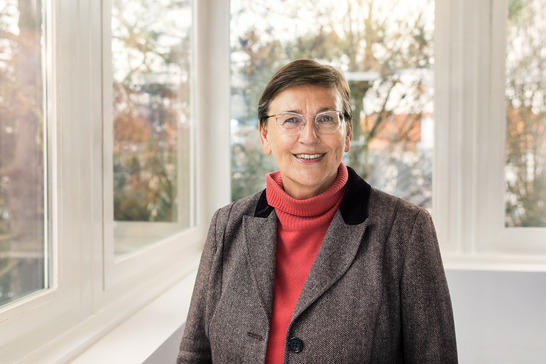 Prof. Dr. Dr. h.c. Erika Fischer-Lichte, theatre scholar of the Freie Universität Berlin, has been elected an "International Honorary Member“ of the American Academy of Arts and Sciences in the section "Visual Arts and Performing Arts - Criticism and Practice." Erika Fischer-Lichte is Senior Professor at the Institute of Theater Studies at the Freie Universität and since 2008 Director of the International Research Center "Interweaving Performance Cultures."

Erika Fischer-Lichte is a member of the Berlin-Brandenburg Academy of Sciences, the Göttingen Academy of Sciences, the Academia Europaea and the National Academy of Sciences Leopoldina. Her book The Transformative Power of Performance: A New Aesthetics, published in 2008, is regarded as a milestone in theatre studies. During her academic career she has led a large number of interdisciplinary, partly international working groups and has successfully completed many major projects. Her publications have been translated into 23 languages so far. Over the past decades, she has provided scientific support to a large number of doctoral students and junior researchers.

The American Academy of Arts and Sciences was founded in 1780. Each year, its members honor eminent personalities from the sciences, arts and economics, as well as from institutions and public life. In October 2018, the newcomers will be inducted into the Academy in a formal ceremony in Cambridge, Mass., USA. Among the 4,600 fellows and 600 international honorary members so far, there are more than 250 Nobel and 60 Pulitzer Prize winners. Historic members include Benjamin Franklin (1781), Charles Darwin (1874), Albert Einstein (1924) and Martin Luther King Jr. (1966).