THEATRE AND THE CORONAVIRUS – A SPEECH-ACT IN NINE EPISODES

A Video Lecture by Rustom Bharucha

Locked down in my home-city of Kolkata (Calcutta) in late March 2020, I found myself experiencing the sepulchral silence of my normally cacophonous street, which runs through the heart of the city. Now everything seemed more or less vacant or dead, with only the barking of hungry street dogs echoing through the night. Over the months in the most severe days of the lockdown, my only contact with the world was through my computer, on which a deluge of material relating to the novel coronavirus began to accumulate. I began to inventory this material in folders and, virus-like, it began to mutate and grow and occupy even more folders. At some point of saturation, when I could no longer bear to read or hear anything more about the coronavirus—which is my shorthand for the more technical rendering of the SARS-CoV-2—I felt that the only way to occupy my mind and keep sane was to embark on an academic exercise by writing about the coronavirus in relation to theatre.

What began as a series of reflections soon began to take on the framework of a book, which I was in no position to write—at least, not yet. I had neither the stamina nor the bibliographical resources to deal with the range of the pandemic’s impact on the world at large. Besides, as in all my writings, I generally begin any publication with a lecture, more often than not, at a conference or seminar. Now, more than ever, I felt the need to speak, to share my thoughts with friends and strangers in all parts of the world. It was out of this compulsion that the decision to record my thoughts on video became inevitable. Equally inevitable was the need to break down this behemoth of a lecture into three parts, consisting of separate episodes. I felt that this was also somewhat more considerate to my potential listeners, who would have the opportunity to select the episodes they wished to hear.

My impulse to reflect on 'Theatre and the Coronavirus' in the form of a video-lecture would have remained an unrealized project had it not been for the prompt support that I received from my senior colleague Erika Fischer-Lichte. Her robust encouragement and pragmatic suggestions helped me to sustain the life of the mind during the pandemic. My sincere thanks as well to the entire film crew in Calcutta and to my indefatigable editor, Charlie Lyons, based in New York. My colleagues at the International Research Center in Berlin have not spared themselves in dealing with the nitty-gritty of postproduction and copyright-related matters. My gratitude to all who made this project possible.

Episode 2 – The Closure of Theatres: The Plague and the Elizabethan Theatre (22 min.)

Episode 4 – ‘The Theatre and the Plague’: Revisiting Artaud in the Age of the Coronavirus (28 min.)

Episode 6 – Political Assemblies: Performing in the Here and Now (30 min.)

Episode 8 – New Paradigms of Theatre Architecture: A Search for a Post-Pandemic Ecology of Space (23 min.)

Episode 9 – Learning to Live with Ourselves: Lessons from the Pandemic (31 min.)

To encapsulate the range of themes in this lecture, which I have described as a ‘speech-act,’ I begin with an introduction where I attempt to locate the threat of the coronavirus within the confines of theatre spaces at structural and phenomenological levels. This leads to two related scenarios in a broader historical context: the first focuses on theatres shutting down in an epidemic, notably the Elizabethan theatre during the plague, and the second focuses on theatres remaining open through the virulence of the Spanish Flu at the end of the First World War. These two contrasting scenarios will be followed by a revisiting of one of the most incendiary essays on the performativity of disease—Antonin Artaud’s ‘The Theatre and the Plague’ (1933) —whose words resonate with uncanny power in the age of the coronavirus.

In Part 2, the focus shifts from theatre to performance, and more specifically, to the performances of everyday life. In a sociological register, I juxtapose manifestations of ‘social distancing’ in the global metropolis and in the context of caste in India. This is followed by a brief encapsulation of the philosophical differences between Slavoj Žižek and Giorgio Agamben on the benefits and the tyranny of the lockdown. The next episode focuses on the performativity of political assemblies, where I draw on the writings of Judith Butler in the larger context of Black Lives Matter and the Shaheen Bagh movement in New Delhi. How do acts of civil disobedience coexist with the risks of being infected by the coronavirus in the public sphere?

Part 3 focuses on the here and now of how theatre artists are exploring new modes of online performance, which compels one to rethink the historical contingencies of the ‘live’ and the ‘mediatized.’ This will be followed by some speculations on the need for a new ecologically tuned theatre architecture in a post-pandemic state of being. And the final episode will focus, in a more personal register, on how we may learn to live with ourselves as we learn to live with the virus through the ethos of waiting.

By the time I had recorded my speech-act at a studio in Kolkata on October 27 and 28, 2020, the vaccine for the virus had not yet materialized. Now it is becoming available at least in some parts of the world, even as the uncertainties surrounding the emergence of a new strain in the virus intensify along with the inequities of the vaccine’s distribution.

As this series of video-lectures goes public in January 2021, many theatres remain shut or have yet to fully open.  I have not attempted to predict the future of the theatre.  Instead, I would regard this series of reflections as a document of a particular point in time, which has enabled me to engage with the symbiotic, contrapuntal, intimate and divisive dynamics of theatre and the coronavirus. As in any narrative, much has been left out, and so much more needs to be said on vital matters. What I present here are mere intimations of a crisis that continues from which we can hopefully learn about sustaining our lives in the theatre.

Rustom Bharucha retired as Professor of Theatre and Performance Studies in the School of Arts and Aesthetics at Jawaharlal Nehru University, New Delhi. A Fellow at the International Research Center “Interweaving Performance Cultures” between 2010 and 2012, during which time he researched his book Terror and Performance (Routledge, 2014), he is the author of several books including Theatre and the World: Performance and the Politics of Culture (Routledge, 1993), The Question of Faith (Orient Longman, 1993), Chandralekha: Woman/Dance/Resistance (Harper Collins, 1995), In the Name of the Secular: Contemporary Cultural Activism in India (Oxford University Press, 1998), The Politics of Cultural Practice: Thinking Through Theatre in an Age of Globalization (Wesleyan University Press, 2000), Rajasthan: An Oral History (Penguin, 2003) and Another Asia: Rabindranath Tagore and Okakura Tenshin (Oxford University Press, 2006). Most recently, he has completed a new book Performing the Ramayana Tradition: Enactments, Interpretations, and Arguments, coedited with Paula Richman, which will be published by Oxford University Press, New York, in May 2021. This book was inspired by his work as co-Artistic Director (with Veenapani Chawla) on two Ramayana Festivals at the Adishakti Laboratory for Theatre Research, Puducherry, India, where he also served as an interlocutor for all the discussions with the performers. Earlier, he worked as the Project Director of Arna-Jharna: The Desert Museum of Rajasthan as part of a larger exploration of traditional knowledge systems. Combining theory and practice at both intercultural and intracultural levels, he is presently working as a dramaturge on a contemporary adaptation of the Mahabharata directed by Chong Tze Chien and produced by the Esplanade - Theatres on the Bay, Singapore. 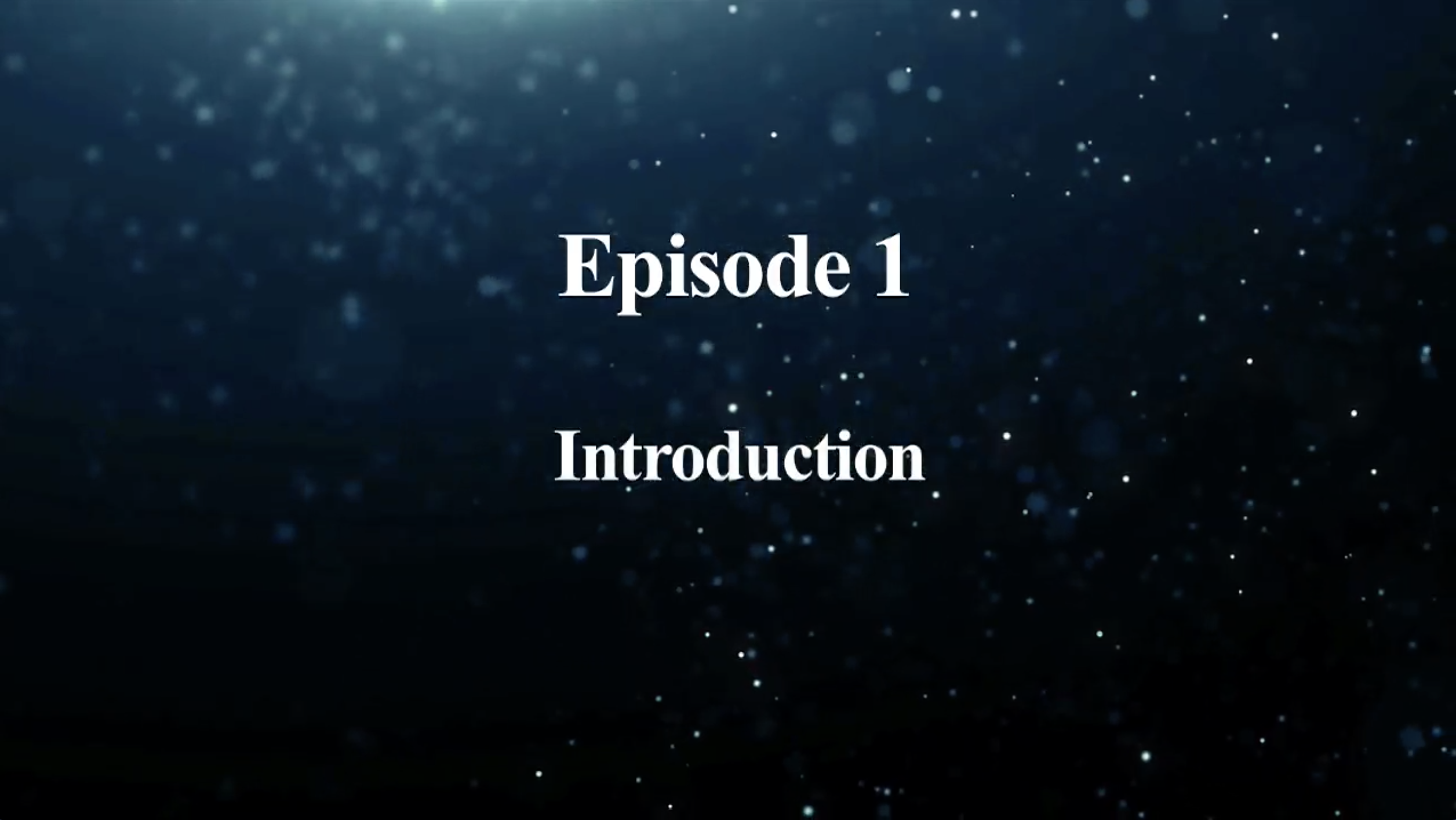 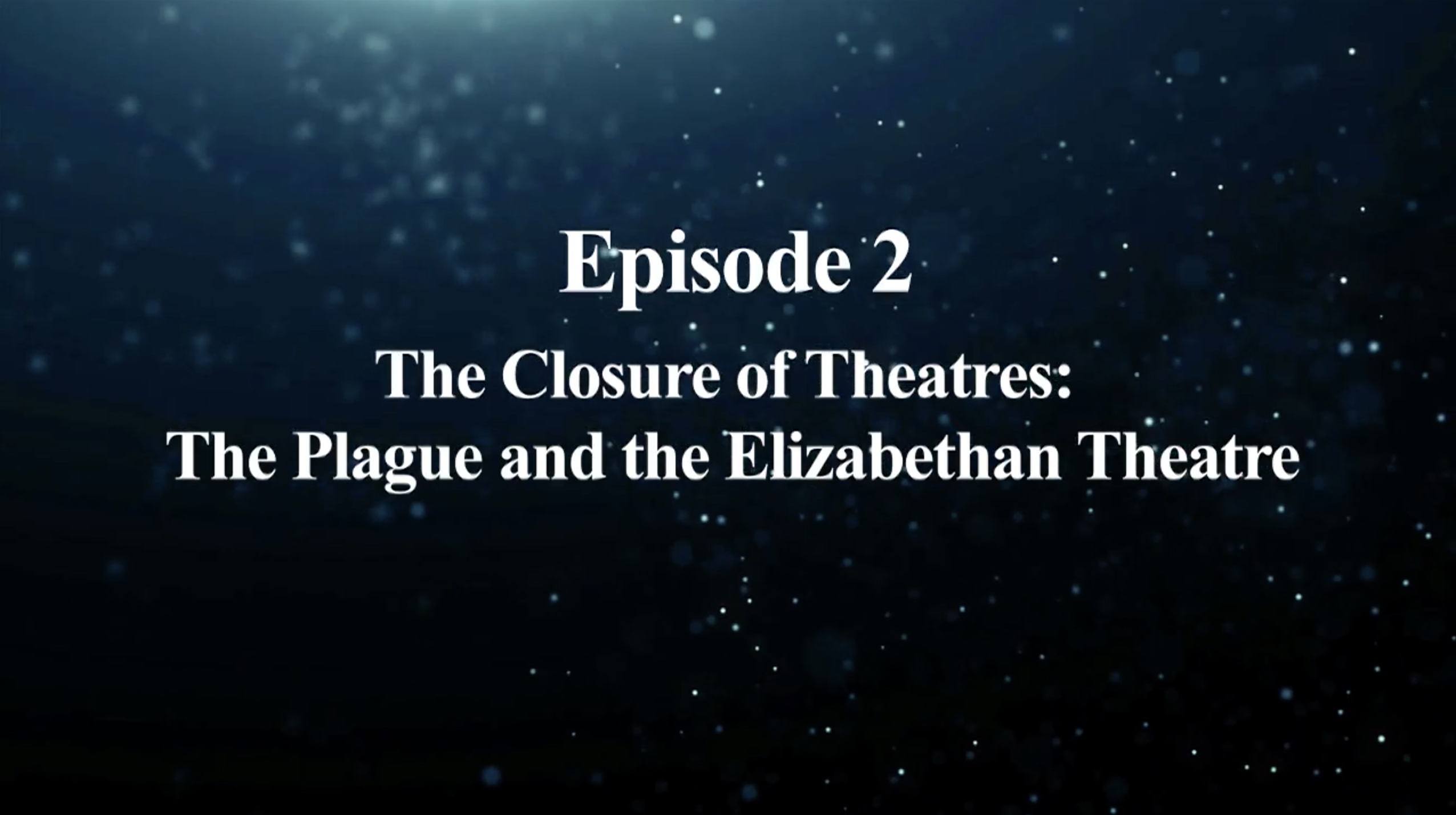 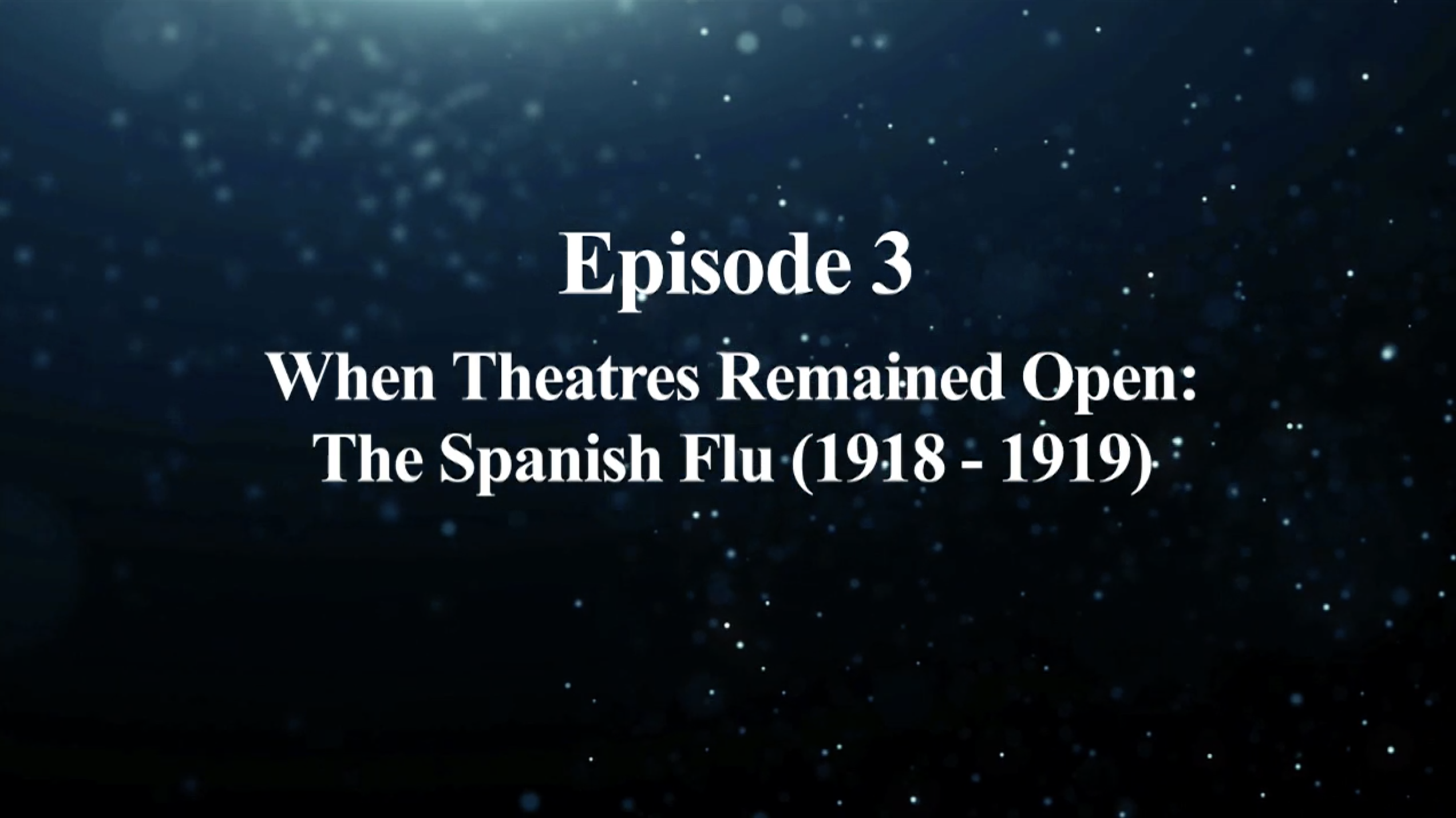 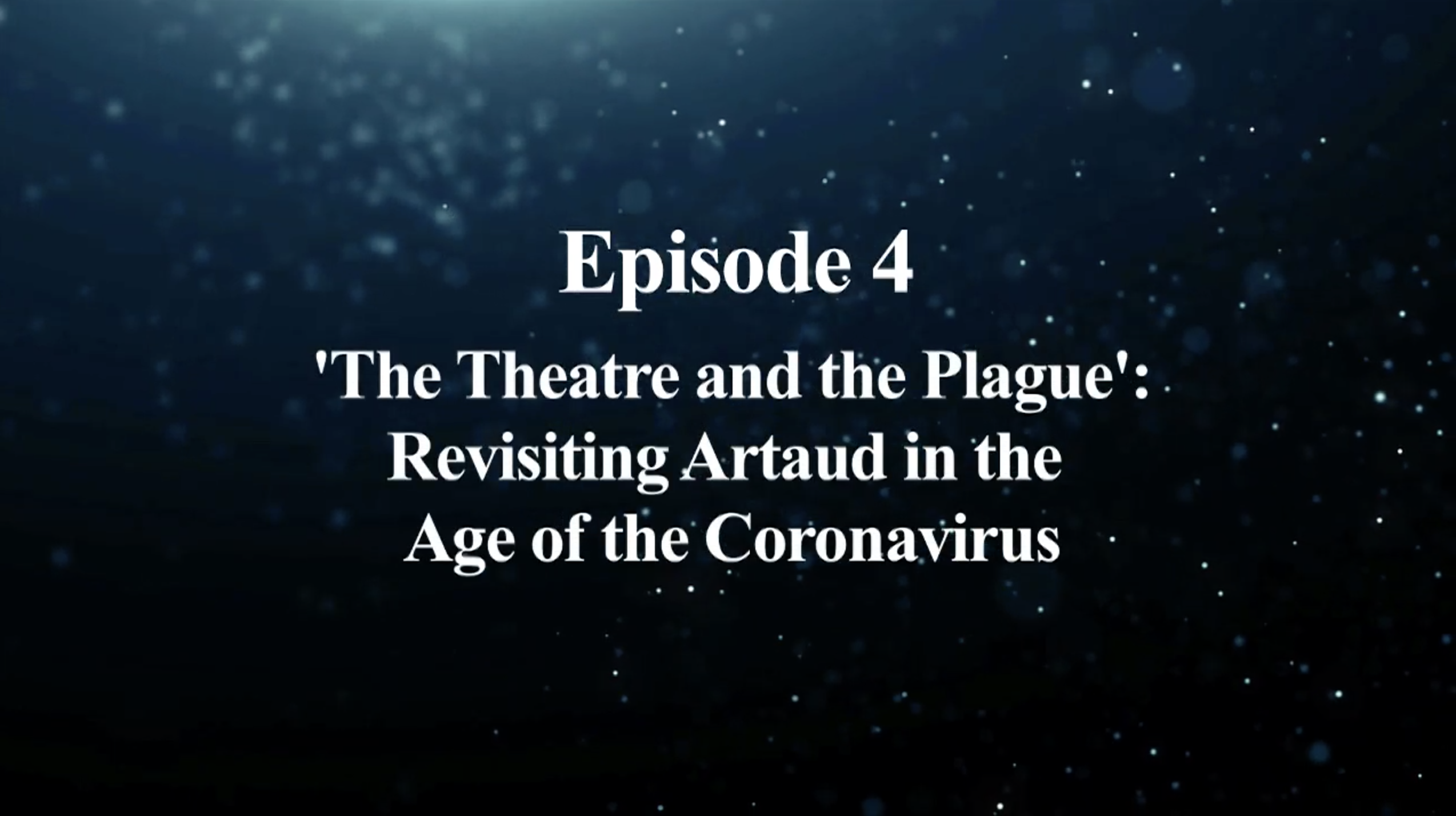 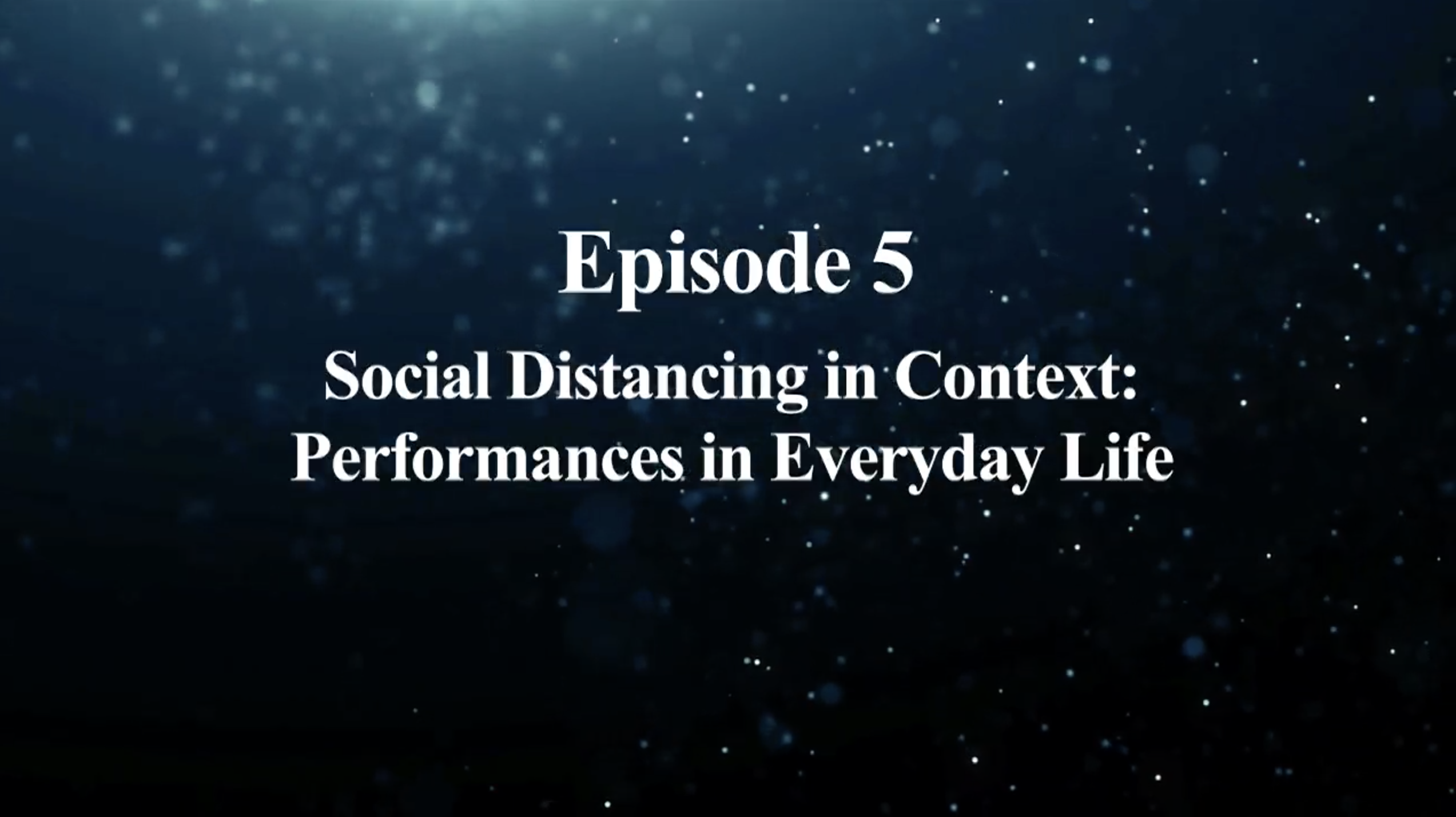 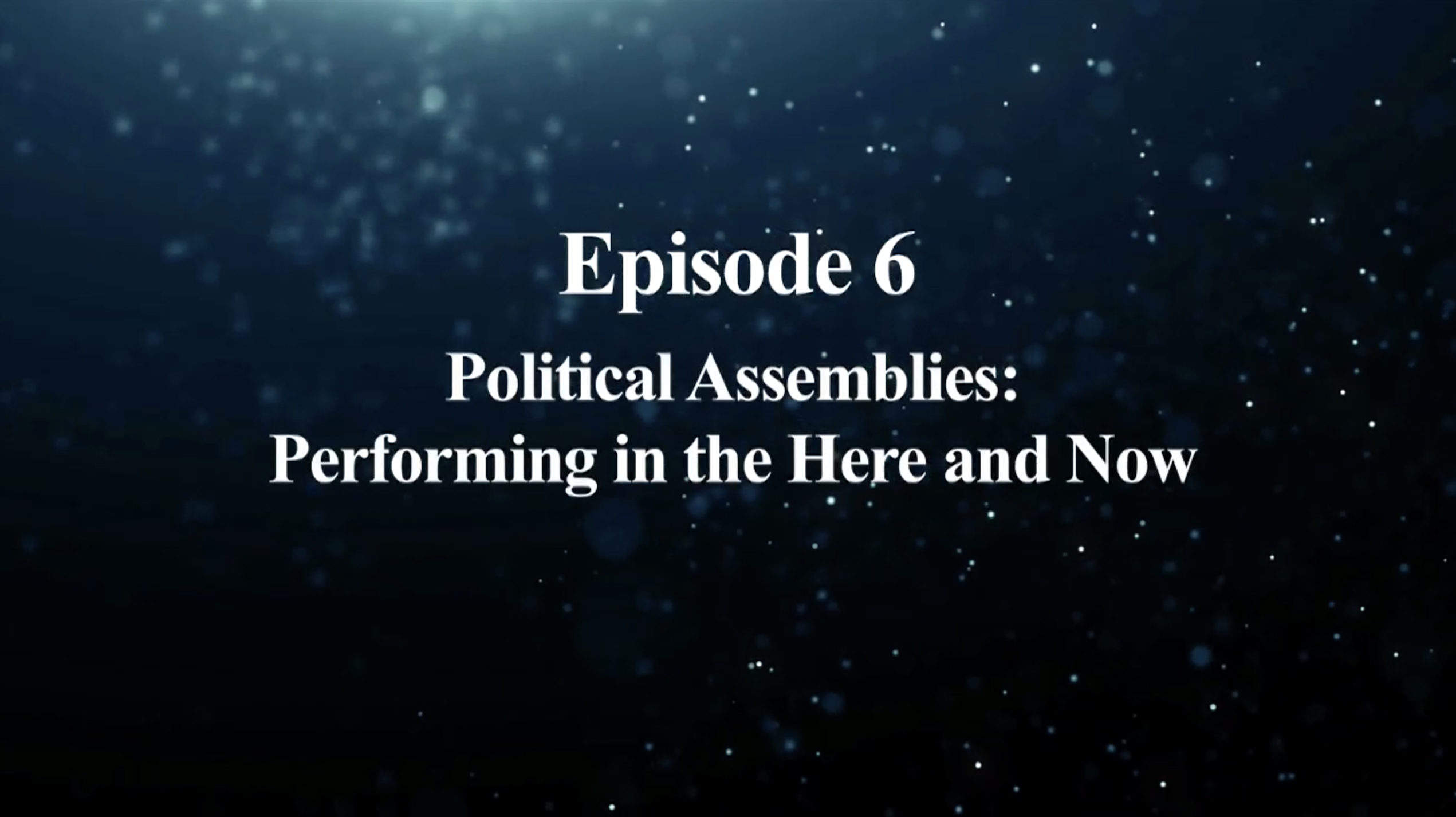 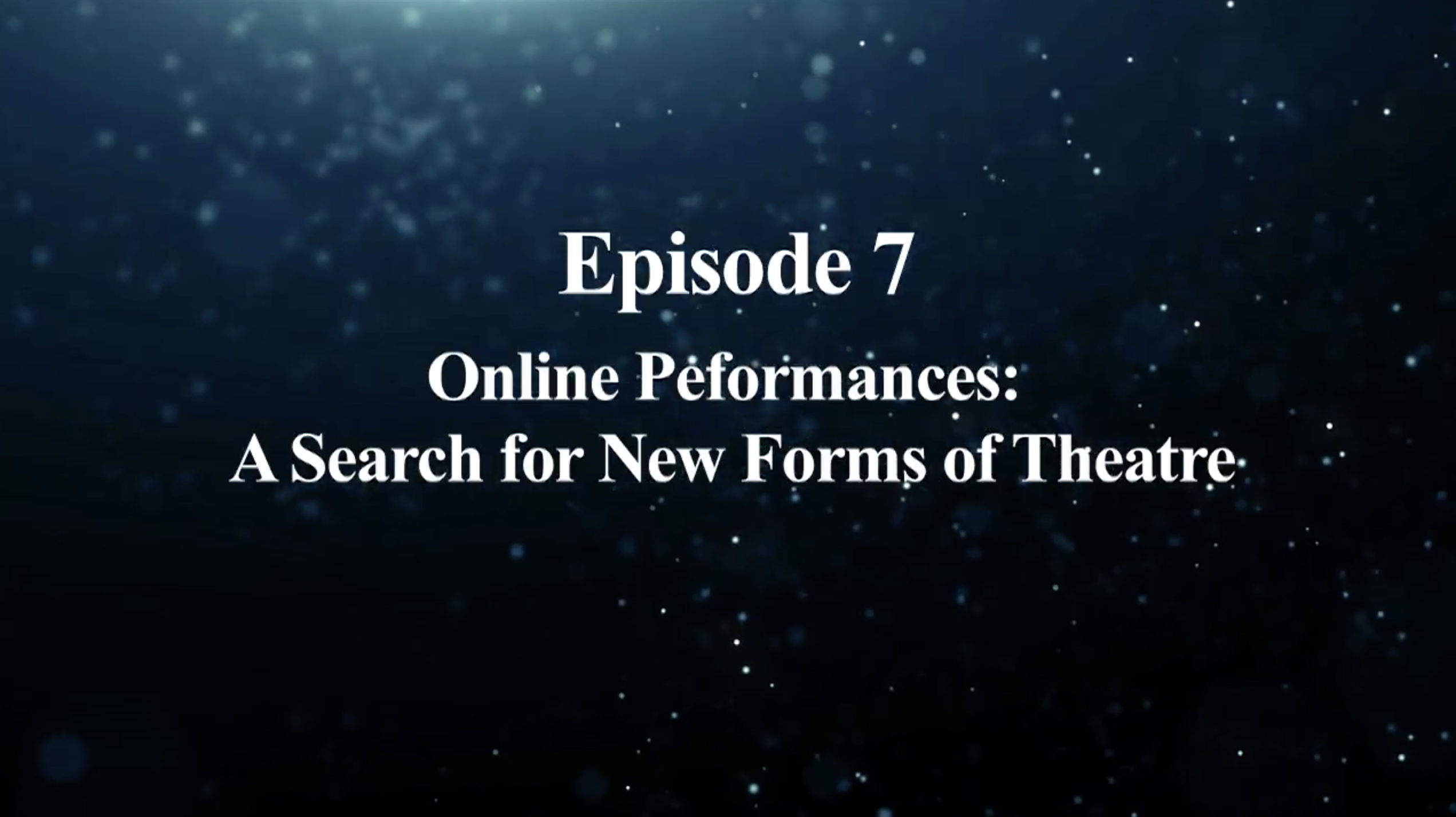 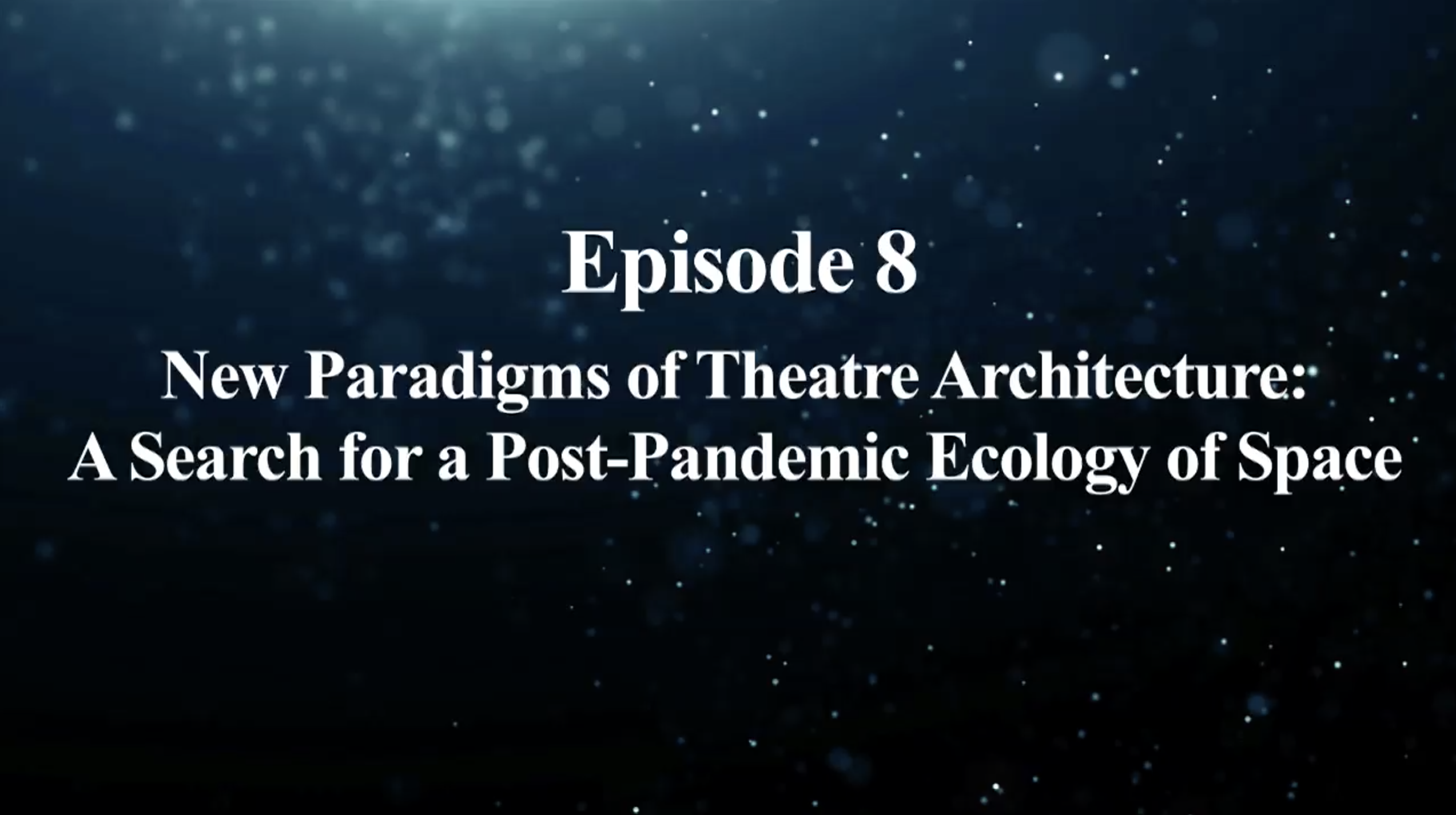 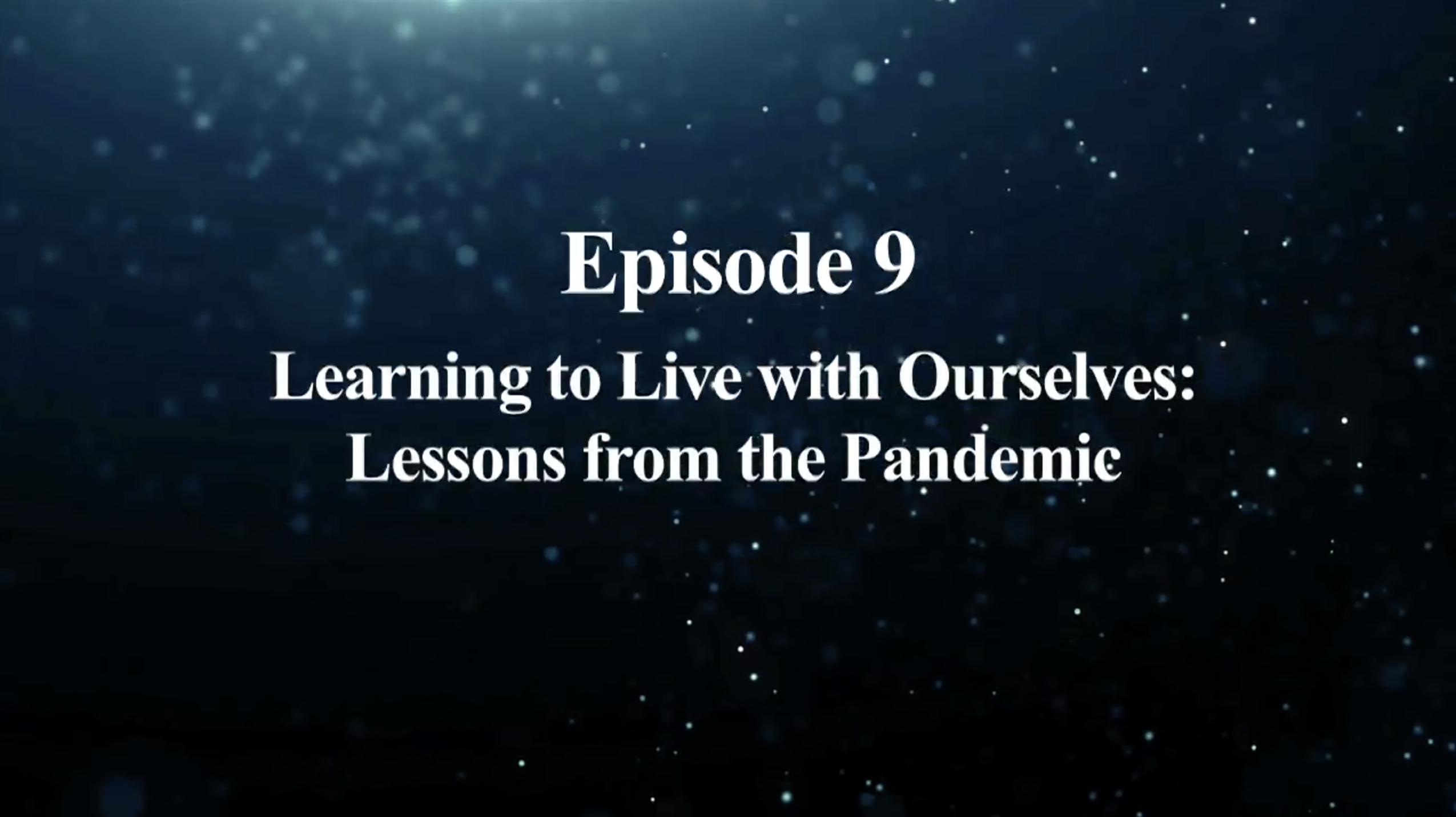