Call for Participation: Across Borders and Thresholds. Performing Migration - An International Symposium 23-26 November 2018 in TANGIER/TETOUAN, MOROCCO 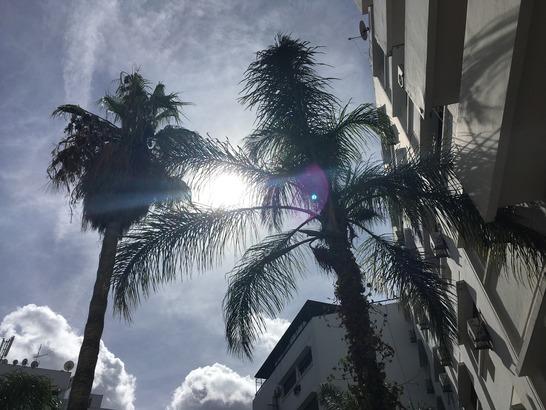 Across Borders and Thresholds

Ever since the experience of colonialism, migration has become a global phenomenon. Such movement of traveling subjects is not fixed; it is rather fluid yet loaded with trauma and melancholy experienced by the incoming migrant communities. Migration has become a central issue in many parts of our trans-national world including Germany after reunification. The politics of recognition vis-à-vis “paradoxical communities” (Kristeva, 1991, 194) is often undermined by the double law of hospitality, which is “anxiously driven between the ethics of unconditional invitation”, as Homi Bhabha once put it, “and the politics of conditional interdiction –visas; entry permits; refugee tribunals; the border-police.” [1] As a consequence, with double belongings, a new generation of artists from post-migrant backgrounds emerged in the field of performing arts and Film inhabiting an in-between space: a contact zone whereby scattering becomes a gathering.

Migrant theatres are also hybrid narratives that articulate and explore cultural interactions and revisions of power relations across countries and cultures. Migrant artists rewrite and perform the ‘us’ and ‘them’ dialectic and try to offer a distinctive view of the self/other interrelationship through intersectionality and dancing over hyphens. They are not only visible in the grand festivals and biennials in a period of megalopolises such as Paris, Brussels, Amsterdam, and post-wall Berlin, but they form the seeds for the culture of tomorrow as they shape and create it every day with their work, and thus contribute a great deal to the transformation of contemporary art scene on a global scale.

The politics of Migration in the European context along with the experiences of racism and discrimination have been affected by colonial continuity. Against this background, the link between postcolonial critique and migration studies is extremely significant. In a period also shaped by “post migration conditions”, it is also apparent that artists of “colour” are no longer making traditional art to reflect the local culture of their countries of origin, but rather deploying a double-sided critical strategy in which instead of pursuing Frantz Fanon’s invitation to abandon the European game, they were utilizing identical postmodern strategies and ways of thinking to produce alternative theatre. They bring about a double subversion that strives to elude “wild difference”, working across-borders of different epistemologies and artistic practices belonging to self and other….

Inspired by our previous discussions, we propose a double-edged dialogue which is artist-driven and research-oriented. The symposium also seeks to tease out some of the complexities related to borderlines and zones of contact and friction in contemporary theatre and dance. It is a call for more critical attention to forms in motion produced performatively within terms of on-going cultural engagement. These forms have become so visible also in Arabo-Islamic contexts. We invite scholars from around the world to join the debate and offer elements of reflection on the various problematics related to the following proposed questions:

Keynote Speakers (to be announced later)

Across Borders and Thresholds is a signature event that brings together delegations of eminent practitioners and scholars from around the globe: Round Tables with guest speakers from the field of performance and academy// Performances// Installations// Music Concerts// Workshops (to be announced later)…

The conference is part of the International Festival “Performing Tangier” now in its 14thedition. The theme was carefully chosen as a follow up of our previous international symposia, with the expectation that it would be sharp enough to elicit diverse intellectual contributions from distinguished experts and colleagues from many parts of the world and in many areas of research. Besides academic panel sessions, the conference program will be nourished by a rich artistic public agenda with workshops, exhibitions, book launch, and diverse performances and artistic interventions relevant to zones of contact and friction, plus receptions and gala dinners to be announced after opening.

Proposals: The organising committee welcomes abstracts and proposals strictlyon the above issues. A 250-WORD abstract, along with a ONE PARAGRAPH curriculum vitae, should be submitted electronically (preferably in Word or Rich Text format) by 31 July 2018 to the scientific committee care of Professor Christel Weiler (Co-director of the International Research Center ‘Interweaving Performance Cultures’ at Freie Universität Berlin), Khalid Amine (Conference Co-convener). Acceptance, however, unfortunately does not include any financial support - participants are responsible for their own funding (i.e. securing grants, etc.) to pay for travel and lodging expenses. Selected conference papers will be published in a special volume upon the approval of the scientific committee. Submitters of accepted proposals will be notified within four weeks of the above deadline and all decisions of the scientific committee are final.

New Scholars’ Panel: The symposium is also a home for graduate students and new scholars from different parts of the world. The establishment of an emerging Scholars’ panel invites new voices to join the debate (provided that their contributions must be relevant to the theme of this year). Up to SEVEN participants will be selected for this panel, and each panelist will have ten to fifteen minutes to deliver her/his paper in a round table format. Graduate students whose papers are accepted will receive free conference registration, free admission to conference luncheon, and a one-year membership in ICPS. Who is eligible? Scholars who meet the definition of ‘new scholars’ are postgraduate students writing up their PhD dissertation or post-doctoral researchers whose PhDs have been completed less than three years.

Registration Fee: 150,- EUR payable in advance via Bank transfer (le centre international des études de spectacle, Banque Populaire, Tanger Ain Ktiout: 164 640 2121490077510009 61).Registration includes 2 Gala Receptions, conference pack, tickets for any public concerts or site-specific performances within the conference’s public agenda, free guided tour of the Kasbah Museum, and one of the books of published proceedings from previous conferences. Since the conference is again pulling a very international public, registered attendees, participants from past conferences, and friends of ICPS will be most welcome to attend too. Women and underrepresented minorities are especially encouraged to apply. ICPS is an Affirmative Acting/ Equal Opportunity Organization.

[1] Homi Bhabha, “Our Neighbours, Ourselves: Contemporary Reflections on Survival”, p. 5.