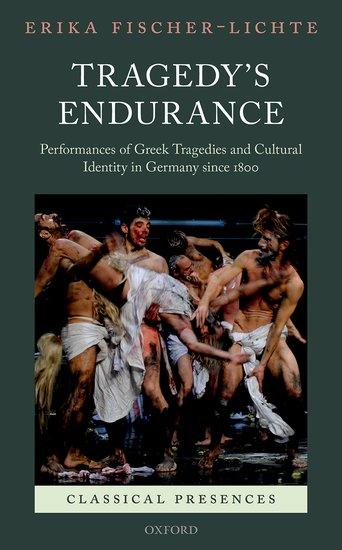 This volume sets out a novel approach to theatre historiography, presenting the history of performances of Greek tragedies in Germany since 1800 as the history of the evolving cultural identity of the educated middle class throughout that period. Philhellenism and theatromania took hold in this milieu amidst attempts to banish the heavily French-influenced German court culture of the mid-eighteenth century, and by 1800 their fusion in performances of Greek tragedies served as the German answer to the French Revolution.

Tragedy's subsequent endurance on the German stage is mapped here through the responses of performances to particular political, social, and cultural milestones, from the Napoleonic Wars and the Revolution of 1848 to the Third Reich, the new political movements of the 1960s and 1970s, and the fall of the Berlin Wall and reunification. Images of ancient Greece which were prevalent in the productions of these different eras are examined closely: the Nazi's proclamation of a racial kinship between the Greeks and the Germans; the politicization of performances of Greek tragedies since the 1960s and 1970s, emblematized by Marcuse's notion of a cultural revolution; the protest choruses of the GDR and the new genre of choric theatre in the 1980s and 1990s. By examining these images and performances in relation to their respective socio-cultural contexts, the volume sheds light on how, in a constantly changing political and cultural climate, performances of Greek tragedies helped affirm, destabilize, re-stabilize, and transform the cultural identity of the educated middle class over a volatile two hundred year period.

Erika Fischer Lichte (Prof. Dr. Dr. h.c.) studied Theatre Studies, Slavic Languages and Literatures, German Philology, Philosophy and Psychology at Freie Universität Berlin and Hamburg University. From 1973 to 1996 she was a professor of modern German Literature, Comparative Literature and Theatre Studies at the universities of Frankfurt am Main, Bayreuth and Mainz. In 1996 she joined the faculty of the Theatre and Performance Studies Department at Freie Universität Berlin and is currently the director of the International Research Center “Interweaving Performance Cultures”, also at Freie Universität Berlin. Between 1995 and 1999 she served as president of the International Federation for Theatre Research. She is a member of the Academia Europaea, the Academy of Sciences, Göttingen, the Berlin-Brandenburg Academy of Sciences, and the National Academy of Sciences Leopoldina in Halle, and has held visiting professorships in China, India, Japan, Russia, Norway and the USA.

Her research interests and recent or forthcoming publications focus on the interweaving of performance cultures in the context of historical and contemporary forms of globalisation; transformative aesthetics; performances of ancient Greek tragedies since 1800 worldwide; and performance-related concepts in non-European languages.

Fischer-Lichte has published more than 30 books and 300 essays in scientific periodicals, handbooks, etc., in the fields of aesthetics, theory of literature, and art and theatre, in particular on semiotics and performativity, theatre history and contemporary theatre. Her publications include The Semiotics of Theatre 1992 (German 1983), History of European Drama and Theatre 2002 (German 1990), The Show and the Gaze of Theatre 1997, Theatre, Sacrifice, Ritual. Exploring Forms of Political Theatre 2005, The Transformative Power of Performance: A New Aesthetics 2008 (German 2004), Performativität. Eine Einführung 2012, The Routledge Introduction to Theatre and Performance Studies 2014 (German 2010), Dionysus Resurrected. Performances of Euripides’ The Bacchae in a Globalizing World 2014, The Politics of Interweaving Performance Cultures: Beyond Postcolonialism 2014 (ed. with T. Jost, S. Jain), Religion and Society in the 21st Century 2014 (ed. with J. Küpper, K. W. Hempfer).