Book launch: "How to Collaborate? Questioning Togetherness in the Performing Arts" edited by Silke Bake, Peter Stamer and Christel Weiler 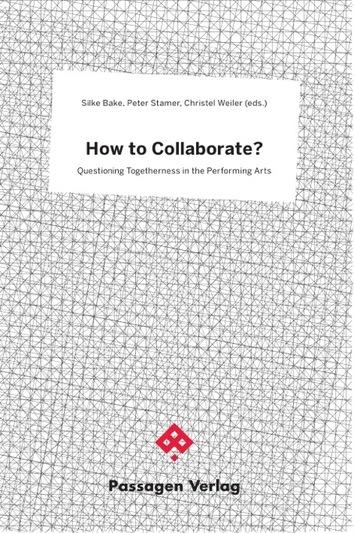 How to Collaborate? investigates the conditions and the challenges of collaboration in philosophical, artistic, cultural and political practices.The question of the relevance of collaboration has led contemporary theory to develop ideas for an alternative production of knowledge, which is informed by a communitarian ethos or societal relevance. Yet the practice of working with one another often comes under the influence of assumptions and expectations that lie outside one’s own disciplinary scope: this anthology presents a variety of such experiences and narratives. The book takes its origin in the project "A Future Archeology", launched in 2013, in which artists and architects from Europe and the Arab world came together for a performative building and research project. In the subsequent series of dialogues "How to Collaborate?" (2014), some members of the group, joined by various experts, discussed theories and practices of collaboration, and the challenges they present for art, philosophy and politics. The essays and images collected in this publication elaborate on the opening question, pushing even further intothe fields of ethics, aesthetics, politics, and practices of collaboration.