Female actors in Iran: Political Interweaving Between Resembling and Embodiment

Examining the contemporary form of female actors and femininity on stage will be the focus of my research project. In Iran today, women take on different roles in a variety of plays but have been obliged to be veiled in public since the 1979 revolution. The female actors playing Shen Te in a production of The Good Person of Szechwan, for example, would have to be veiled on stage.

Aesthetically and with regard to its concept, the veil thereby stands in contrast to the concept of the portrayal of femininity as prescribed in the traditional Iranian Shi’a theatre form Ta’ziyeh, which portrays the traditional-religious culture of Iran as an image of the self. Here, women’s roles are performed by men whose bodies are concealed by black veils. The veil represents the role of the female body, which is that of the body hidden in public. At the same time, the veiled female actor on today’s stage also contradicts the aesthetics and concept of the portrayal of femininity in theatre forms that came about through the late nineteenth century encounter between Iranian and European culture. This led to the new acting convention of the unveiled-corporal presence of the female actor embodying her phenomenal body, reflecting the unveiled female corporeality newly emerged in society at the time.

I will investigate the following questions in this research project: Do female actors today represent the interweaving of these two acting cultures in Iranian history? Do they also represent the emergence of a new interweaving between politics and an aesthetics of female corporeality on stage? 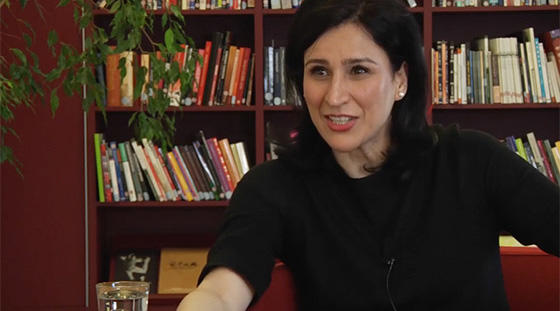