Johanna Devi trained in contemporary dance and ballet from the age of six at Jessica Iwanson, Munich. She has also been studying Bharatanatyam in India, Germany, the USA and Canada since 1995. She concluded her studies with her ‘arangetram’ under Rajyashree Ramesh in Berlin in November 2006. Additionally, Johanna completed her modern dance training at danceworks-berlin e.V., and at the Alvin Ailey School of American Dance Theater in New York City. Besides her dance training she studied classical music (piano and music theory). Johanna has been working as a professional dancer and choreographer since 2007 and has danced and toured with several international dance companies. From 2006 she started to develop her particular movement language, which shaped her unique choreographic style and which she continues to adapt successfully. She deconstructs the Western and Eastern dance forms she was trained in to merge physical contrasts – resulting in a very personal movement style that represents her hybrid identity. In 2012 she founded the Johanna Devi Dance Company in Berlin. So far she has presented solo and company work in Europe, North America, the Middle East, India and Cuba.

Advaita Vedanta - A practical approach on spirituality and performance

During my time at the IRC I would like to deepen my prior research on “spirituality and performance” and continue to further develop my choreographic work, which already included aspects of spirituality. Having grown up in a spiritual group setting in South India, most of my spiritual knowledge is rooted in the Advaita Vedanta and Bhakti Yoga traditions. Advaita Vedanta states that the human soul (Atman) and God (Brahman) are one. The Bhakti Yoga tradition is based on devotion and surrender to God(s) and the spiritual practice includes meditation, chanting and selfless service.

First I will focus and expand my spiritual experience by exploring and deepening different spiritual practices in-depth. I would also like to examine the question of the metaphysical connection of performers and audience members by referring to aspects of Atman and Brahman in a number of experiments. Are we connected based on these aspects and can a connection emerge and be strengthened through performance?

The dancer’s body will be used as an instrument not in order to focus on shape, technique and aesthetics but rather as a mode of creating different ambiances and shifting energies. I will also look at the element of ether or space and how it serves as a medium for the transportation of subtle energies that communicate the state of the performer to the viewer. 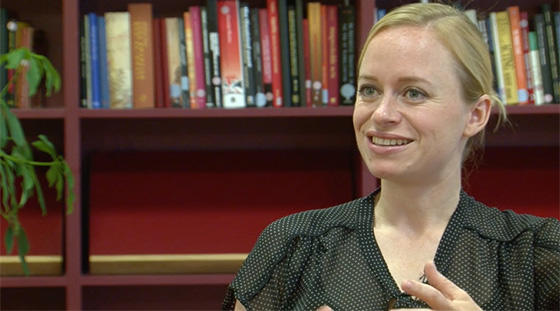