A professor at China’s Central Academy of Drama, Shen Lin is also a writer, translator and theatre curator. He has held visiting professorships at universities in Europe and North America. He has been a recipient of British Council and Chinese Education Commission scholarships, Folger Shakespeare Library’s fellowships, the State Council Special Grant for Contribution to Culture and Art, the Ministry of Education’s Millennium Endowments for Leading Scholars, as well as the China Drama Awards (for theory and criticism). His publications span intercultural performance, Shakespeare, and contemporary theatre. He has created a number of acclaimed productions in China since the early 1990s, and curated the “International Theatre Showcase Beijing” from 1998 to 2002 and the “Shakespeare and Contemporary Stage Masters” event in 2006-2007. He consults some of China’s leading performance institutions on their visiting productions.

The Formal and the Political in Modern and Contemporary Chinese Performances

The present proposal continues my earlier research project by examining how sociopolitical agendas, ideological programs, utopian visions and cultural aspirations often form contexts for contemporary performances and performance concepts in China, thus determining their significance in and outside the theatre. This will be pursued with close reference to specific cases such as (1) the use of a production of Coriolanus as a public forum, (2) the appropriation of the idea of “convention” in advocating a “national theatre”, and (3) the adoption of Stanislavski’s concept of the “magic if” as definition of the aesthetics of the indigenous concept of xiqu.

Lin Zhaohua’s Coriolanus premiered in 2006 and was revived in 2013 for the Edinburgh Festival. It captured local media and web attention on an unprecedented scale for its attempts to draw parallels between Shakespeare’s Roman story and contemporary Chinese society. Many Internet users and theatre critics praised the Chinese version at the expense of the Brechtian interpretation, which was seen to have a “twisted Weltanschauung” (Ye Tingfang). Still others saw in it an anachronistic contempt for “plebs” depicted as a brainwashed pack easily manipulated by rabble-rousers.  If Engel, Ihering and Wekwerth saw Coriolanus, the representative of the ancien regime, as destructive, the Chinese version threatened to rehabilitate what Brecht had tried to relegate to the dustbin of history. A cursory look at the horrendous polarities in society may offer a clue to the audience’s uncanny misplacing of loyalty with their real life superiors when influenced by an apparently innocent directorial sleight of hand. 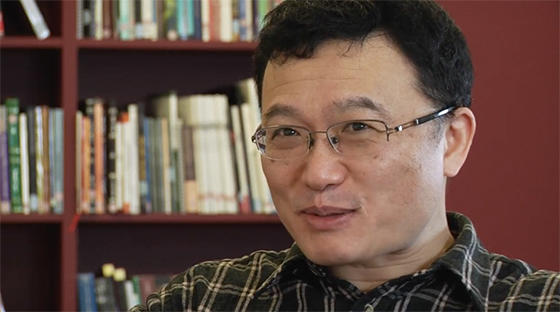