Jane O. Newman is Professor of Comparative Literature at the University of California, Irvine. She will be based at the Graduate School during the winter semester 2010/11.

She holds a PH.D from Princeton University.Her research interests are in sixteenth- and seventeenth-century English, French, German, Italian and neo-Latin literature; history of the discipline of Comparative Literature; theories and methods of Comparative Literature; new historicism and cultural materialism; Cold War Renaissance and Baroque Studies, and dialogues between the pre- and early modern past and the modern and postmodern present.

She is currently working on a book entitled: Pre-Modern Lessons for the Post-Westphalian Age. She was a Guggenheim Fellow, 1998-99, and a Humboldt Fellow, 1991-92 and 2004. She is the author of Pastoral Conventions (1990) and The Intervention of Philology (2000), and Benjamin's Library: Modernity, Nation, and the Baroque (under contract, Cornell University Press). She is the author of essays on Theocritus, Virgil, Luther, Shakespeare, Opitz, and Lohenstein; the history of printing; race in/and the Renaissance; race and Renaissance legal theory; drama and the history of the stage; early modern science; Simone de Beauvoir and Descartes; Cold War Renaissance Studies; and Erich Auerbach and Edward Said. Newman's additional interests include: Gender, Politics, and Performance in Classical Greek Tragedy; The Latent Pasts of Antiquity in the Early Modern and Post-Modern; From Manuscript to Hyper-Text: A Comparative History of Text Production; Historiography of Renaissance and Early Modern Studies. 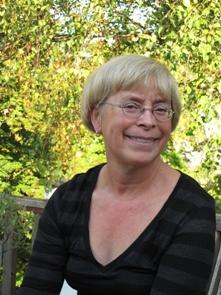