Claire Colebrook, Professor of English at PennState University, will be staying at the Graduate School between October 11 and December 11, 2010.

She holds a first degree in philosophy from the University of Melbourne, a Bachelor of Letters from Australian National University and a doctorate from the University of Edinburgh, and she was Professor of Modern Literary Theory at the University of Edinburgh from 2000-2008.  She has published articles on contemporary European philosophy, feminist theory, literary theory, contemporary music, dance, visual culture and political theory.  Her books include New Literary Histories (Manchester UP 1997), Ethics and Representation (Edinburgh UP 1999), Gilles Deleuze (Routledge 2002), Understanding Deleuze (Allen and Unwin 2003), Irony in the Work of Philosophy (Nebraska 2002), Irony: The New Critical Idiom (Routledge 2003), Gender (Palgrave 2004), Deleuze: A Guide for the Perplexed (Continuum 2006) and Milton, Evil and Literary History (Continuum 2008).

She is currently completing two book-length studies, one on vitalism and another on William Blake and aesthetics. 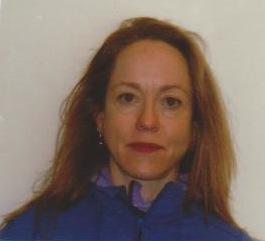