Christopher Young is Reader in Modern and Medieval German Studies and Fellow of Pembroke College, Cambridge. From 2006-2010 he head the University's Department of German and Dutch. He has authored and co-edited eight books on German language, literature and culture, and a further six volumes and journal special issues on international sport. In 2010, 'The Munich Olympics 1972 and the Making of Modern Germany', for which he received support from the AHRC, British Academy and the Alexander von Humboldt Foundation, appeared with the University of California Press. His
two-year sabbatical (2010-12) in Berlin will be devoted to a study of German sport in the Weimar era, furthering collaborative Cambridge projects on German literary history in the twelfth century, and establishing a new series of 'Companions to Contemporary German Culture' with de Gruyter. 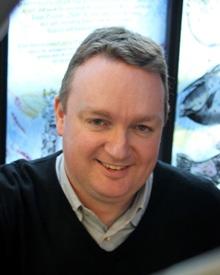