She is the author of The Japanese Novel of the Meiji Period and the Ideal of Individualism and co-editor of The Woman’s Hand: Gender and Theory in Japanese Women’s Writing. She has published articles on various comparative topics including the applicability of the term “novel” to long fiction of the non-Western world; cinematic narrative in modern Japanese fiction; Russian influence on the first Japanese novel; a theory of the Japanese novel; the epiphanic ending in Japanese and Western modernist novels; and South Asian diasporic novels viewed in terms of the picaresque. 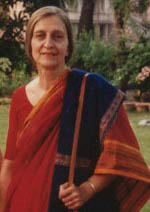