Stephen Barber is a research professor at the Kingston School of Art, Kingston University, London. He has also held posts in Japan, Germany, France and the USA. His recent books include Performance Projections, 2014 (written during his Fellowship at the Interweaving Performance Cultures International Research Centre), Berlin Bodies, 2017, White Noise Ballrooms, 2018, and Film’s Ghosts: Tatsumi Hijikata’s Butoh and the Transmutations of 1960s Tokyo, 2019. Also in 2019 he published a book of translations of Antonin Artaud’s apocalyptic letters written from Ireland in 1937, marking the 70th anniversary of Artaud’s death. He is also the co-editor, with Richard Gough, of the issue of Performance Research journal, ‘On Disfiguration’, published in 2019. He has received many research awards, from the Henkel Stiftung, Rockefeller Foundation (Bellagio Programme), Leverhulme Trust, DAAD, Japan Foundation, Sasakawa Foundation, and other foundations and funding bodies.

Projectionists of Dance: Muybridge and the Future Projection of the Moving Image

This project traces some of the seminal moments in the filming and projection to public audiences of dance performances, from the first projection events of Eadweard Muybridge, in Berlin in 1891 and at the Chicago World’s Columbian Exposition of 1893 (at which he projected sequences resulting from his ‘Animal Locomotion’ multiple-camera experiments undertaken in Philadelphia), to contemporary imperatives in recording dance as moving-image or digital sequences to be shared, with as great an immediacy as possible, with public audiences. Often, the spatial environment in which dance is projected forms a determining element in its audience’s perception of the transformations which performance’s filming entails. The project focuses especially on experimental approaches to the filming and projection of dance, as with the immersive 360-degree projection environments designed for the screening of dance films (such as sequences showing Tatsumi Hijikata’s Butoh work) at the Osaka World Exposition of 1970, and contemporary urban-space large-format screen projections. The project also examines the rapid obsolescence of the filming and projection media of dance, from Muybridge’s glass slides to subsequent celluloid formats to current digital media. While corporeality possesses a distinctive sustained resilience, dance’s filming and projection have been subject to relentless surpassings and abandonments of their forms, as exemplified in the recent reconstruction of the 1990s digital technologies of filming and projection used in Teiji Furuhashi’s influential dance-movement work Lovers (1994/2016). The project looks at the intricate interweavings between performance and its projection media, and at the intersecting dimensions of time and space which reveal performance’s representational dynamics. 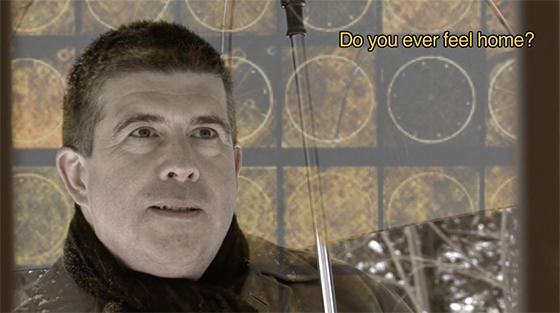