Sola Adeyemi lectures in theatre and performance at Goldsmiths, University of London. His research interests include world theatre/s and performance studies, specifically the works of the Nigerian playwright Femi Osofisan; intercultural performance cultures; avant-garde performance; contemporary British theatre; postcolonial literature and African Studies; and diasporic African and black British theatre in its exploration of the politics of identity on the British stage. He has recently completed a book on Femi Osofisan, ‘Vision of Change in African Drama: Deconstructing Identity and Reconfiguring History’. He is Associate Editor of the African Performance Review, and Contributing Editor of 3P+ International Journal of the Arts. Sola is the General Secretary of the African Theatre Association (AfTA), UK, an international non-profit society open to scholars and practitioners of African performance and theatre.

My proposal is to proffer a new dramatic interpretation of the colonial historiography and postcolonial conquest, and suggesting a new reading of the legacy of dramatic narratives. This study will use geographical mapping and dramatic narratives to express the idealism and figurative ideas that are representational of the cultural manifestations that construct the nature of postcolonial encounters in Africa.

I investigate the issues surrounding the works of Nigerian dramatist Femi Osofisan in his dialectical reading of history and political discourse. Osofisan manipulates the various dramatic heritages available to him as a postcolonial writer to address the challenges facing his society and to scrutinise the practice of art in Africa. Osofisan challenges the recuperative bias of the negritude ideology, which classified everything African as noble, and proposes that the presence of imperial or pseudo-imperial tyranny is the dictating current behind popular African myths and traditional practices. Further, he demythologises and demystifies the canons of neo-colonialism in dramas such as Nkrumah-Ni, Africa-Ni! (1999), Wesoo, Hamlet, Or the Resurrection of Shakespeare’s Hamlet (2012), and, more particularly, Richard Lander and the Travelling Polygamist (2011).

I examine developments in the theatre practices used to perform or assess these dramas within the context of changing political and cultural trends in Nigeria. It is in this debate that this work will prove invaluable and different, even while eclectically relating to earlier studies in the field of postcolonial drama. 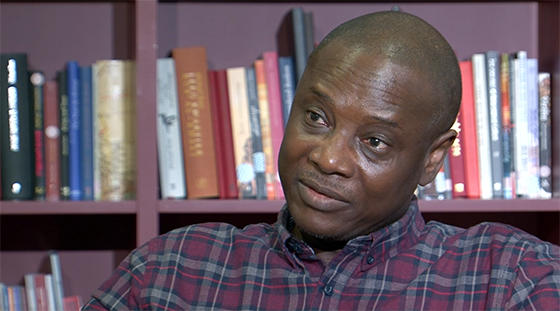