Platon Mavromoustakosis Professor at the Department of Theatre Studies, National and Kapodistrian University of Athens. He has collaborated with many theatre organizations in Athens, directed research projects and published on twentieth century theatre and stage directing, ancient drama in modern times, modern Greek theatre, reception of Italian Opera and French theatre. He is a founding member of the European Network of Research and Documentation of Performances of Ancient Greek Drama and member of its coordination committee. His books include Theatre in Greece 1940-2000. A Survey, (2005), Outlines for Readings (2006), essays on European and Modern Greek authors, and In Lieu of Critique (2006), a collection of critiques. Among other works, he is the editor of Yannis Sideris, History of Modern Greek Theatre 1794-1944, Karolos Koun Performances, (2008), Theatre of Piraeus (2013), co-editor in French (with V. Broze, L. Couloubaritsis et. al.) of Le Mythe d’Hélène (2005) and (with S. Felopoulou) of Relations France-Grèce: Le théâtre des années 1960 à nos jours (2017).

In Search of a Space: Transformations and Transfers of Theatrical Space in Ancient Drama Productions

The project aims to analyse the intersections between theatrical space and productions of ancient drama as signposts for developments that occurred in stage directing in European theatre history.

Ever since the earliest performances of ancient drama, space has posed a crucial challenge: originating in a space whose architecture demanded a relationship between actor, chorus and spectators which was ‘alien’ to European theatre conventions, ancient drama drove directors to revisit traditional spatial forms, responding to demands of this liminal genre. Originally, explorations concerned only the stage space; gradually, they effected more radical transformations, either using open air or ancient theatres, or through major interventions into the conventional Italian stage; finally, they redefined what a theatre space could be. These explorations were connected to the re-negotiation of the form and dynamics of theatre spaces that occurred through the role of stage directors in theatre history.

The main issues to be addressed in this project deal with a) the conditions that brought about aesthetic exchanges and transfers between practices in different countries; b) the understanding of the relation between performances and conditions shaping the passage from monumentality to ritual and from “respectful” stage directions towards new approaches; and c) the study of ideological parameters connected to change.

The research will be based on comparative approaches to a selection of influential ancient drama performances produced in different countries, with a special focus on Germany and Greece, from the 20th to the early 21st century. 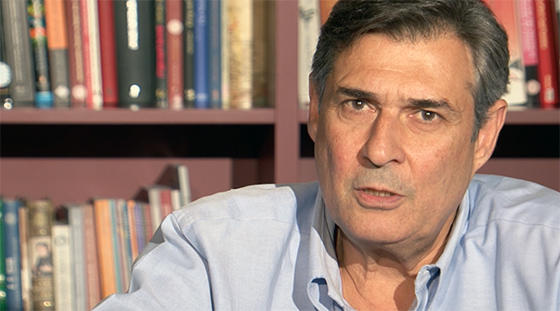