Navtej Singh Johar is one of India’s leading male dancers and choreographers whose work traverses freely between the traditional and the contemporary. Trained in Bharatanatyam at the Kalakshetra, Chennai, he also studied methodologies of dance scholarship at the Department of Performance Studies, New York University. His continual attempt at forging a space for freedom in dance is closely informed by a scholarly enquiry into the complex sociopolitical history of Indian dance; his choreographic work revolves around issues of boundaries, body and identity. Widely traveled, Johar has performed, lectured, choreographed and conducted workshops at prestigious venues all over the world. In 1996, he received the Times of India Fellowship to research the sociopolitical history of Bharatanatyam; the Charles Wallace Fellowship in 2000, a University of Michigan residency and the Sri Krishna Gana Sabha Award for abhinaya in 2010. He is the founder of Studio Abhyas (New Delhi), a nonprofit organization dedicated to dance training, yoga, humane urban design and the care of stray animals. For further information please consult www.abhyastrust.org.

Indian dance is beautiful, vital, reflexive and potentially transformative, and yet today it has become for the most part exhibitionistic, chauvinistic and self-conscious to the degree of becoming empty and stultified. One of the primary reasons is the liminal nature of the sacred-erotic dance that could only be misunderstood and conversely misinterpreted within the modern state. This anxiety of ‘interpretation’ so as to make it ‘understood’ within the modern context is at the crux of its artistic bankruptcy today. Classical Indian dance is one of India’s primary cultural properties and still controlled by the invisible yet prescribed parameters of the state. Apart from devising and introducing new methodologies of teaching Bharatanatyam (Southern Indian classical dance, of which I am an exponent and teacher) where dancers learn the classical dance as a form, historic and rich, but free from the pressures of cultural representation, it also requires a rigorous enquiry into its history and cultural philosophy.

I will also be focusing on the writings of the 10th-century philosopher Abhinavagupta, who was an authority in both the sacred-erotic traditions of Kashmir Saivaism (a prominent school of Hindu philosophy) as well as Indian aesthetics. In fact, his commentary on Indian performance aesthetics, Abhinavabharati, is the most widely used text in dance education today, and yet the information that he was simultaneously an author of several texts that elaborately detail the explicit erotic/sacred practices is methodically suppressed. I feel that this exposition is important, because the anxiety and shame around sex and, more so, sacred or ritualised sexual practices — of which classical Indian dance was an intrinsic part — still informs and constrains the artistic freedom in Indian dance. 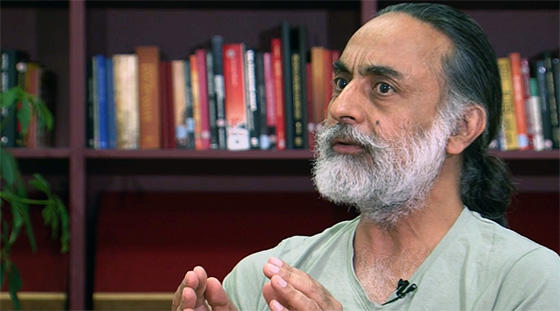