Kedar A. Kulkarni received his PhD in comparative literature from UC San Diego in 2013, and has been a postdoctoral fellow at Yale University and the Center for the History of Emotions at the Max Planck Institute for Human Development, Berlin. As a comparativist, his main interests lie in Indian literatures, their performance, and Indian drama. He is particularly interested in the intersections between printed/textual materials and their spread through performance. He is also interested more generally in postcolonial drama and literature.

Performing Literature in Public is about literary-performative transformation and the creation of new vernacular literary-performative worlds during the nineteenth century. Western India witnessed a momentous shift in its “literary” culture following the incursion of colonial rule from 1818 onwards. Far from insignificant, performed (rather than read) literature was a vital part of the pre-colonial episteme: news, religion, and “secular” discourse traveled with itinerant performers, who wove their way from town to town in western India reciting poetry on both worldly and otherworldly themes. These vernacular performance itineraries were no less crucial in the colonial era, and new theatre troupes followed this itinerant practice well into the twentieth century. The same new theatre troupes, however, borrowed and adapted more than itineraries. They adapted wholesale literary genres such as erotic lyric poetry (lāvaṇī), historical ballads of heroism (powāḍā), and epic poetry (mahā kāvya), into their own productions. These new assemblages, called music-drama (saṅgīt-nāṭak), became tools for the newly minted bourgeois society to project their own aspirations into the vernacular public world—aspirations that presented a totalizing vision that had subsumed its performance history. By subsuming performative pasts, music-drama created a “total” literary experience for audiences. This book details such a transformation of the “literary” experience, from the early modern to the colonial, and through the creation of a totalizing performance genre. In doing so, I argue for literature in performance as the defining “genre” of both the colonial bourgeoisie as well as the Indian ecumene. 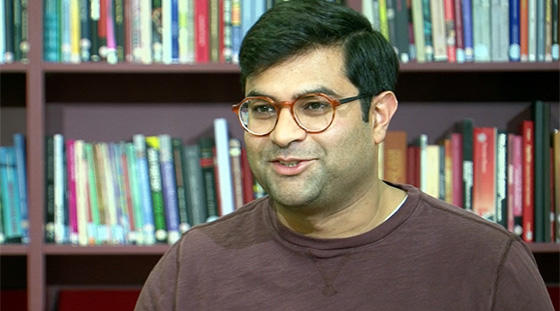 Watch a video interview with Kedar A. Kulkarni.