Janez Janša is a contemporary artist, who in 2007, together with two other Slovenian artists, changed his name to that of the twice-elected conservative Prime Minister of Slovenia. Janša’s interdisciplinary work as a theatre director and performer focuses on the relation between art and the social and political context surrounding it, and reflects on questions of the performers’ as well as the spectators’ responsibility. Many of his works address the status of performance in neoliberal societies, including (together with Peter Šenk) Refugee Camp for the Citizens of the First World (2004) and We are all Marlene Dietrich FOR (with Erna Ómarsdóttir, 2005), a performance for soldiers in peacekeeping missions in the tradition of army entertainment shows. In his exhibition Life in Progress (2008), the audience re-enacted famous historical performance art actions.

For Janša, artistic practice, theoretical reflection and political involvement are not separate: he is also the founding director of Maska, a non-profit organization based in Ljubljana, Slovenia, involved in publishing, production and education, which has published several books on contemporary dance and theatre. He is the author of a book on Jan Fabre’s early works (La discipline du chaos, le chaos de la discipline, 1994).

In 2007, together with two other artists, I legally changed my name to Janez Janša. Janez Janša is the name of a politician who was the Prime Minister of Slovenia from 2004-2008 and from 2012-13. We created an act that constantly produces collateral effects. The name change generates situations, acts and opinions that in most cases go far beyond our intentions and artistic or personal practice.

The main questions I would like to address in my research concern the performativity of a name, of naming and of name changing. One could easily compile a list of performative situations that relate to the idea and process of naming, starting with the very fact that we are given our names and are subsequently always called by them. How does a name perform a person and how do individuals perform their own names? Or, to paraphrase J. L. Austin, how do we do things with names?

The research will be conducted in two phases. In the first phase, I would like to focus on the performative aspects of names and name changing as they appear in different cultures. The second phase will focus on the concept of collateral effects in art and will reflect on the practice that I developed together with the other two artists along with whom I changed my name. Most of the works we have been showing, mainly at exhibitions, have been produced as collateral effects of our name changes, such as the official documents produced by authorities and institutions on this matter. 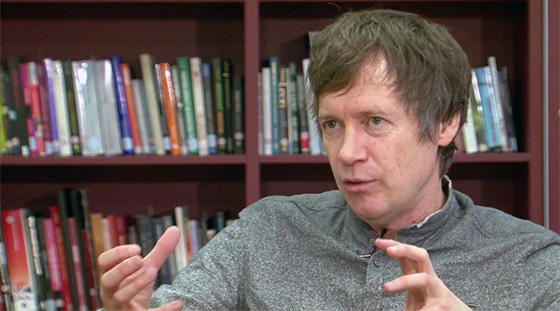