Cody Poulton is Professor of Japanese literature and theatre in the Department of Pacific and Asian Studies at the University of Victoria, Canada, where he has taught since 1988. He is the author of Spirits of Another Sort: The Plays of Izumi Kyōka (Michigan UP, 2001) and A Beggar’s Art: Scripting Modernity in Japanese Drama, 1900-1930 (Hawaii UP, 2010). He is co-editor of: with Zdenka Svarcova, Dreams and Shadows: Tanizaki and Japanese Poetics in Prague—Essays in Honour of Anthony V. Liman. (Prague: Karolinum, 2007); with Katsuhiko Endo and Richard King, Sino-Japanese Transculturation: from the late nineteenth century to the end of the Pacific War (Lanham, Maryland: Lexington Books, 2011); and, with Mitsuya Mori and J. Thomas Rimer, The Columbia Anthology of Modern Japanese Drama (Columbia UP, 2014). He has also translated kabuki and contemporary Japanese drama for such multivolume series as Kabuki Plays on Stage (Hawaii UP, 2002-03) and Half a Century of Japanese Theatre (Kinokuniya Shoten, 1999-2009).

Transhumanities in Japanese Theatre: The Natural, Supernatural and Technological

My research project proposes to examine some distinct features in how the Japanese have conceived of and represented humanity’s place in the world over the centuries in both the traditional and contemporary performing arts. Japanese culture traditionally situated humankind within a larger and more complex matrix of sentient life that includes everything from plants and trees to invisible spiritual entities. As in many other Asian belief systems, metamorphosis and transmigration, rather than any sense of a privileged place in “the great chain of Being,” determined human existence and individual identity. At the same time, however, recent advances in areas such as robotics, artificial intelligence, genetic engineering and computer graphics have transformed our notions of the limits of what is the human and how to represent or replicate it. At the forefront of many of these fields, the Japanese may have some lessons for us that conventional Western ideas of what constitutes humanity do not. My premise is that a different metaphysical construct gives rise here to a radically different dramaturgy and concepts of mimesis than, say, that of Aristotle’s Poetics.

Here, I plan to focus on the interplay between nature and humanity, on the one hand, and humans and technology on the other, in both traditional and contemporary Japanese theatre. Approximately half of my study will investigate representations of the human encounter with the natural world—especially flora and fauna—in selected plays from the nō puppet, kabuki and modern theatres. The second half will examine the role of technology in theatrical production, from the use of puppets in the seventeenth and eighteenth centuries to recent collaborations by playwright Hirata Oriza and roboticist Ishiguro Hiroshi in stage plays featuring robots and androids along with human actors. The human-technological interface is here used as a means to understand the nature of human emotions, communication and social interaction, thus also enquiring into the meaning and limits of human life. 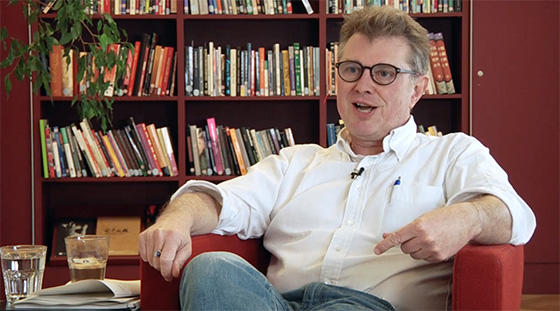