A scholar and dramaturg of dance and teacher of traditional Japanese dance Kannae Fujima, Nanako Nakajima was a Jacobs Pillow Dance Festival Research Fellow (2006) and a visiting scholar at Tisch School, NYU (2006). She was awarded a DAAD research fellowship in 2007 to complete her dissertation, Aging Body in Dance, at the Freie Universitaet Berlin. She was a postdoc research fellow at the Japan Society for the Promotion of Science at Saitama University from 2011 to 2014. She has worked as a dance dramaturg in experimental art projects such as koosil-ja’s mech [a]OUTPUT (New York Japan Society 2007) and Luciana Achugar’s Bessie award-winning Exhausting Love at Danspace Project (St. Mark’s Church, New York, 2006). With Osamu Jareo, Nanako launched the Japanese-German co-production, Thikwa plus Junkan Projekt in Berlin, which was invited to the International Performing Arts Festival KYOTO EXPERIMENT 2012. In 2012, she co-organized an international dance symposium Aging Body in Dance with Professor Gabriele Brandstetter at Uferstudio in Berlin.

The Aging Body in Dance: Images of Children and their Perspectives

My research project focuses on an exploratory analysis of the image of children and their perspectives in European and Japanese dance cultures, thereby reconsidering processes of modernization. The project builds on my previous research on aging dance analysis within the framework of childhood studies as well as social and cultural anthropology. Along with gender, age is a socially constructed difference; however, other aspects of difference dominate recent research in cultural studies, neglecting that of age. If we think of aging as a gradual temporal process, then two subjects must be reconsidered: that of chronological age and of the fundamental value of socially constructed minorities.

In the field of dance, aging reveals the underlying system and politics of this art form, which requires the human body to be used as its own medium. Within Euro-American dance history, New York postmodern dance questioned the category of dance movement. Everyone, including amateurs, participated in dance, but neither the aged nor children were included. Some recent European performances question the intersubjectivity of child performers and their socially constructed image. In contrast, in traditional Japanese dance, specific repertoires are reserved only for children and the elderly, as infantilism is considered a part of Japanese popular culture. In light of the issues of agency, dance technique and aging, this cultural image of children illuminates the politics of aesthetics in dance, creating a mirror image of respected elderly dancers. 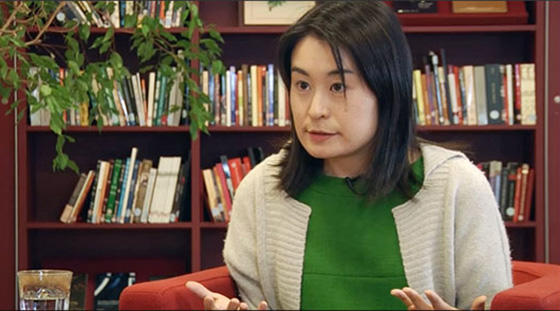