Femi Osofisan studied in Ibadan, Dakar and Paris, and taught theatre and comparative literature at the University of Ibadan for 34 years. Since his recent retirement, he has been appointed Professor Emeritus by the same university.

Osofisan’s professional experience is manifold—he is an award-winning poet, writer, actor, company director, journalist and scholar. But it is as a playwright that he established his reputation, having written and produced over fifty plays, roughly half of which have been published. Among these are a series of plays that speak to Osofisan’s long-standing interest in reinterpreting European works in the context of African—specifically Yoruba—traditions and customs. He approaches his continuous search for a viable modern written theatre that would still be authentically African not only in terms of shared thematic concerns but, more importantly, with a view to form and technique. He has worked on several canonical texts—including Shakespeare, Chekhov, Gogol, Brecht, Feydeau, Frisch and Sophocles—and discussed in his essays the consequences of this interweaving of cultures aimed at producing a new synthesis. What is the result of the commingling of Soyinka and Brecht or Grotowski, Clark and Ogunde with Barrault, Rotimi with Mnouchekine, and so on, particularly against the backdrop of our traditional performance aesthetics? How can all these elements be pressed into the service of a “committed theatre” in the age of globalized neo-colonialism and increasingly globalized terrorism on the one hand, and of “Nollywood” and proliferating Pentecostal movements on the other?

Building on my investigations of previous years, I hope to develop the following projects during this residency:

(a) “The Colony of the Other Text” – a collection of essays in which I discuss my (re)appropriations of extant texts to arrive at new insights on theatre.

(b) “WS/WS” – a new play on dramatic encounters between Shakespeare and Soyinka based on excerpts from their works. The main texts will be Shakespeare’s King Lear and Henry IV, and Soyinka’s Death and the King’s Horseman, The Road and You Must Set Forth at Dawn. 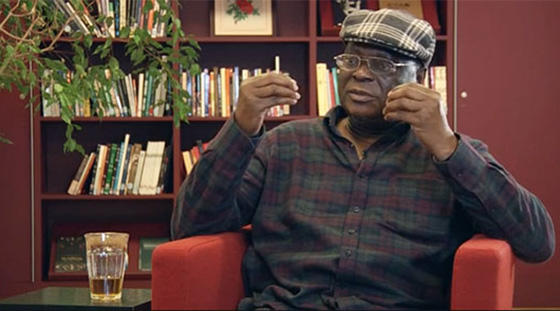