Professor of Performance Studies, Faculty of Letters and Humanities at Abdelmalek Essaadi University, Tetouan, Morocco, Research Fellow at the International Research Center “Interweaving Performance Cultures,” Free University, Berlin (2008-2010), and winner of the 2007 Helsinki Prize of the International Federation for Theatre Research., He has been the Founding President of the International Centre for Performance Studies (ICPS) in Tangier and convener of its annual international conferences since 2006. He was a member of the IFTR’s Executive Committee between 2011 and 2015, and Head of Jury at the Arab Theatre Festival (6th Edition, Sharjah 2014). His publications include Beyond Brecht. Meknes: Sindy Publications, 1996; Moroccan Theatre Between East and West. Faculty of Letters Publications, Tetouan: Abdelmalek Essaadi University, 2000; Fields of Silence in Moroccan Theatre. Rabat: Union of Moroccan Writers, 2004; and Dramatic Art and the Myth of Origins: Fields of Silence. International Centre for Performance Studies Publications, 2007. Amine co-authored The Theatres of Morocco, Algeria and Tunisia: Performance Traditions of the Maghreb (Palgrave Series, 2012) with Marvin Carlson and is currently the editor of The Art of Dialogue: East-West (ICPS Publications, 2014).

Performing the Hyphen. Exile and the Need to reconstitute Borderlines

My research project will consider the staging of migration in the European theatre scene with a particular focus on Germany and France. The metaphor of deep Europe will be key here, with deepness performing an intense overlapping of the contradictions inherent to the postcolonial migrant’s experience. Essentialist claims over ethnicity, historical legitimacy, territory or even cultural memory are exposed along with different layers of othering. Taxonomic categorizations, such as ‘Beur’ (or Ausländer), to refer to people of Arabic/Turkish descent from la deuxieme generation or la troisième generation still continues to nurture the sense that these people who, like their parents before them, were born and raised in France/Germany, are still not quite French/German. The Beur generation in France has fallen under the spell of the hyphen. A new generation of artists from post-migrant backgrounds and with dual identities has thus emerged in the field of the performing arts and film. They inhabit what Bhabha has called an in-between space, a contact zone in which scattering turns into gathering (Mary Louise Pratt).

Questions articulated within the present undertaking include: Does artistic production in a foreign language/medium imply a rejection of native culture and the embrace of a foreign one? What happens to national identity when one takes another language/medium of expression? Is it not time also to redeem the post-migrant performance body in Europe from its interminable oppositional thinking by turning the migrant subject’s fixation on the other/‘native’ into an inward interrogation of his/her political or ideological self-victimization? And, most importantly, if the so-called “homing desire” is permanently challenged within the diasporic space, where is home? 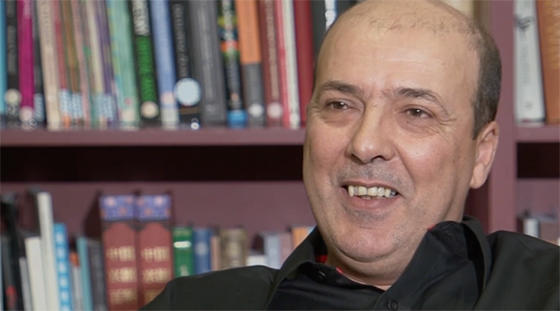