Tara McAllister-Viel is Head of Voice at East 15 School of Acting, University of Essex, one of the UK’s top London-based acting conservatoires. Previously, she lead the voice programme for two of the acting specialties at The Royal Central School of Speech and Drama (London) and was Visiting Professor-Voice for graduate and undergraduate acting conservatoires at The Korean National University of Arts, School of Drama (Seoul, Korea). While teaching at KNUA, Tara studied a traditional Korean vocal art form called p’ansori under Human Cultural Treasures Han Nong Son and Song UHyang over the course of four years. From this she developed an intercultural approach to training actors’ voices, which she continues to develop. Tara is the current Associate Editor-in-Chief for the Voice and Speech Review (Routledge) and a board member of the Voice and Speech Trainers’ Association [VASTA] and of The Korean Association for Voice of Performing Arts [KAVPA]. Tara has voice coached numerous West End shows, including Complicite’s The Master and Margarita at the Barbican. She has taught voice workshops internationally, including at the Institute of Speech and Phonetics at the University of Halle, at the Dipartimento Di Musica E Spettacolo, [CIMES] University of Bologna, at the National Drama School, at The Actors’ Centre (Spain) and at the Grotowski Institute (Wroclaw). Recent productions include The Rootless Forest, a voice/art installation in partnership with Beth Derbyshire (Birmingham Institute of Art and Design), the Birmingham Afghan Refugee community and Arts Council England; From the Mouths of Mothers, an original verbatim piece, at the London Pleasance Theatre, in cooperation with MOSAC and the Arts for All award scheme. It received five stars in Time Out London. Tara received her PhD in Performance Practice (Voice) from the University of Exeter, School of Performance Arts, England and a (three-year) Masters of Fine Arts-Acting degree from the University of Wisconsin-Madison, Asian/Experimental Theatre programme.

This monograph offers an alternative approach to training actors’ voices through interweaving key principles and practices of Western voice pedagogy and Korean p’ansori. It includes a theoretical examination of certain assumptions about the “universality” of Western training models. Through ethnographic research and a Practice-as-Research methodological approach, I offer comparative case studies with my voice classrooms in Seoul and London. I investigate the practical voice exercises, based on human anatomy, that assume exercises are transferable across cultures. 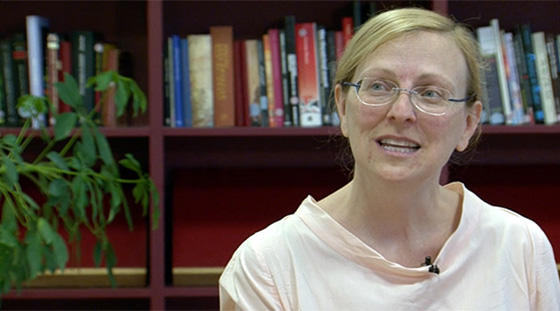